Sarah Huckabee Sanders wanted to let reporters know today what she is thankful for in her life. At the beginning of Thanksgiving week, it was a harmless, if a bit corny, bit to kick off the shortened work week.

She also thought it would be cute for all of the reporters in the White House press corps to first be forced to tell her what they themselves are thankful for in their lives before they were allowed to ask her a question.

For the hard-nosed White House correspondents, this was all a bit too much. They complied, but with a force of sarcasm that we all can be thankful for.

Sanders kicked it off with a comment that she was “clearly thankful for all of you in the room.”

CNN’s April Ryan got to go first amongst the correspondents:

“I’m thankful to be able to talk to you and question you,” Ryan said. “I hope you felt the passion of my thankfulness,” she added drily.

Subsequent reporters couldn’t pretend that they were any more interested in playing this game than Ryan was. It wasn’t until one correspondent proclaimed that she was ““thankful for the First Amendment” that the reporters responded enthusiastically.

Sanders shot back with a comment: “I think we all are,” before April Ryan loudly quipped “Yeah, but we are part of it!”

It’s fun to watch the press corps troll the President’s Press Secretary. You can watch the full exchange below: 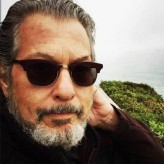