This morning, President Trump attacked NFL star running back Marshawn Lynch on Twitter after seeing a FOX & Friends episode that riled him up this morning.

Five-time Pro Bowler and Super Bowl XLVII champion Marshawn Lynch of the Oakland Raiders chose to stand for the Mexican national anthem during Sunday’s game against the New England Patriots, which was played in Mexico City as part of the NFL’s new international game series.

Marshawn Lynch of the NFL’s Oakland Raiders stands for the Mexican Anthem and sits down to boos for our National Anthem. Great disrespect! Next time NFL should suspend him for remainder of season. Attendance and ratings way down.

Lynch has been a prominent member of the Colin Kaepernick-inspired movement to kneel during the American anthem in games played in America, but showed respect for the nation that graciously hosted their team by standing for their anthem in Mexico City.

Marshawn Lynch’s mother, Delisa Lynch, took to Twitter to mock our hypersensistive President over the real reason he tries to beef with the NFL so much:

what NFL team do Trump own ? oh yeah they wouldnt let him have one ,!! LMAO https://t.co/1rPa5jfMjE

For decades, Donald Trump lusted after an NFL team and resented the league’s owners for refusing to allow him into their exclusive club. He bought a team from the rival U.S Football League and sued the NFL for violating anti-trust laws, but ultimately ended up winning only $3 and the undying enmity of NFL owners – not to mention sending the USFL into the tank.

President Trump’s unending feud with the NFL is not only a disgraceful way to stir up the “culture wars” and to publicly demonize black athletes for taking a political stance, but also to punish the NFL for not 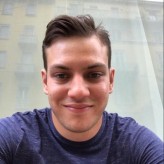