Steve Bannon, Trump’s white nationalist campaign chairman during the period following the convention, was a Vice President at Cambridge until last June, and the data firm is still owned by Robert Mercer, the billionaire Republican mega-donor who just recently divested his ownership stake in Breitbart.

Although special counsel Robert Mueller’s office requested information from Cambridge Analytica prior to public reports about congressional investigations, the Wall Street Journal is reporting today that this is the first indication that Bannon and Mercer’s company is being targeted by Mueller’s criminal probe itself (archived):

Special Counsel Robert Mueller has requested that Cambridge Analytica, a data firm that worked for President Donald Trump’s campaign, turn over documents as part of its investigation into Russian interference in the 2016 U.S. election, according to people familiar with the matter.

Mr. Mueller asked the firm in the fall to turn over the emails of any Cambridge Analytica employees who worked on the Trump campaign, in a sign that the special counsel is probing the Trump campaign’s data operation.

It’s illegal for a foreign person or government to spend money on a federal election campaign, or for Americans to knowingly help coordinate foreign electioneering.

The Journal report also highlights how the company’s CEO, Alexander Nix, has been interviewed via video link by the House Permanent Select Committee on Intelligence, whose main purview is foreign espionage activity.

Cambridge Analytica has left a trail of destruction in the UK, too, where their shadowy political operations during the Brexit campaign helped push the “Leave” vote over the finish line.  The Observer’s Carole Cadwalladr won a British Journalism Award recently for this story documenting Cambridge’s role.  One of her sources inside the company described Bannon and Mercer’s firm this way:

“….before we became this dark, dystopian data company that gave the world Trump… we were still just a psychological warfare firm.”

“Psyops. Psychological operations – the same methods the military use to effect mass sentiment change. It’s what they mean by winning ‘hearts and minds’. We were just doing it to win elections in the kind of developing countries that don’t have many rules.”

Trump’s campaign officially hired Cambridge Analytica, whose parent company is British, to use private data in order to micro-target voters with political ads last year. An American professor from New York is suing Cambridge Analytica in the U.K, where privacy laws are stronger, to learn more about their secretive techniques.

Amazingly, Cambridge Analytica denied using psychographic profiling to the New York Times, which marketers use to sell products.  Psychographic profiling is considered dubious or even dangerous, and it’s proven to be highly manipulative in electoral politics, even in robust western democracies.

BBC reporters got Cambridge Analytica’s CEO to explain in more detail on camera exactly what his company does to influence elections, namely, using psychographic data to create personality profiles to influence voters in a granular fashion across the entire country.

Donald Trump continues to reject the idea of Russian interference in last year’s electoral campaign, and he still gets furious whenever Steve Bannon gets or claims credit for vaulting him into the White House.

But it’s obvious that his racist campaign chairman and Breitbart’s billionaire backer created a potent political technology, and that Kushner was instrumental in bringing it into the campaign.  Special Counsel Mueller is now scrutinizing the firm’s relationships with foreign entities, and if he uncovers anything like coordination and cooperation – all illegal – then the floor may fall out under this administration.

Here is a video of Cambridge Analytica’s CEO explaining its psychographic targeting methods to the BBC: 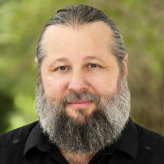