Today is a very special day.  It marks the beginning of the end for “President” Trump and his entire administration.  Trump’s former top National Security Advisor, General Michael Flynn, has pleaded guilty to lying to the F.B.I. about his contact with Russian Ambassador Kislyak during the 2016 presidential campaign, in exchange for Special Prosecutor Robert Mueller not sending Flynn and his son to jail for the rest of their lives on countless other felony charges.  The pièce de resistance of the  plea is that Flynn plans on testifying that Trump ordered him to make contact with Russia — the mother load of all smoking guns, proving that Mueller’s investigation stands poised to nail the top dog.

In Flynn’s plea, a new detail has emerged that may implicate the second in command, Vice President Pence, in the collusion cover-up, despite his long-feigned innocence.

According to today’s The Hill:

Former national security adviser Michael Flynn spoke with a ‘senior official’ in President Trump’s transition team at the Mar-a-Lago resort to discuss what he should communicate to the Russian ambassador in a highly-scrutinized series of phone calls in December of 2016, according to federal prosecutors . . . After the discussion, Flynn telephoned the Russian ambassador, Sergey Kislyak. Afterwards, he called the senior transition official and reported the sanctions discussion, prosecutors said.

This news comes as an extremely important piece of the puzzle in the Russia collusion investigation against the Trump team, as the White House forced Flynn to resign when his contact with Kislyak came to light, saying he had misled them about Russian contacts.  This new evidence proves that “a top transition official” knew all along.

Vice President Mike Pence led Trump’s transition from the campaign to the White House, but clutched his pearls at the purported “misleading” Flynn statements, letting Flynn fall on his sword only 24 days into the new administration.  Pence’s supposed shock struck many as disingenuous at the time because acting Attorney General Sally Yates had warned him that Flynn was a blackmail risk, creating a “compromise situation” for the incoming administration and President Obama had fired him from his own administration, due to intelligence security concerns.

Flynn’s plea suggests that Pence was likely aware of the exchange he had arranged with Kislyak of working to end Obama-era sanctions against Russia in exchange for the Kremlin preemptively drawing down retaliation.

According to court documents filed by Mueller, Flynn lied when he told investigators that he did not ask Kislyak to ‘refrain from escalating the situation’ in response to sanctions that Obama had levied on Russia . . . Flynn also lied, the counsel said, when Flynn said he did not ask the ambassador to either delay or defeat a related United Nations Security Council vote . . . Prosecutors told Judge Rudolph Contreras that Flynn was told by the senior member of the Trump transition team to reach out to other countries to influence the U.N. vote, in an effort to delay or defeat the resolution [condemning Israel for its West Bank settlement activity].

Hopefully, Trump is paying Pence’s legal fees, as his refusal to pay Flynn’s ostensibly led to his agreeing to sing like a canary.

UPDATE: The “senior member of the Trump transition team” who ordered Flynn to talk to foreign officials to influence the U.N. resolution vote in favor of Russia has been revealed as First Son-in-Law Jared Kushner. 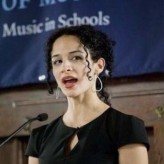