President Donald Trump made history Wednesday when he announced his controversial plan to recognize Jerusalem as the capital of the State of Israel and lay the foundation for moving the U.S. Embassy there.

Most people were rightly concerned with the potentially catastrophic implications of the president’s oddly timed decision, coinciding as it did with an avalanche of news about the Trump-Russia investigation involving his son, Don. Jr.  But even the most cynical and/or concerned of observers couldn’t help but notice the pronounced slur at the end of Trump’s speech.

Theories abounded over the cause of the sudden speech impediment.  Was he having a stroke?  Was the slur the manifestation of some other physical or mental condition?  Maybe the pressure of the moment and the weight of the world was getting to him.  There’s no shortage of speculation on Twitter, comedic or otherwise.

If only the reason were that deep or far reaching.  Unfortunately for the incredibly vain president, the reason may be much simpler – and more embarrassing.

A Virginia dentist saw the speech and knew immediately what the culprit was: faulty dentures.

“Sounds like a loose denture plate,” the dentist told British newspaper the Daily Mail.  “Saliva can get trapped between an upper plate and the palate – or between the lower plate and the lower jaw – and that’s what makes the noise,” he added.

The dentist spoke to The Mail on condition of anonymity, but the news outlet did confirm that he’s board certified.

White House spokesman Raj Shah pushed back against criticisms of the president’s slurring, telling the Los Angeles Times curtly that “his throat was dry.”

Right. And his skin is naturally that orange, too, we bet.

You can watch the slurring section of today’s speech in the video below and decide for yourself. 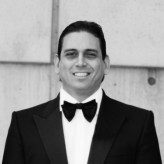